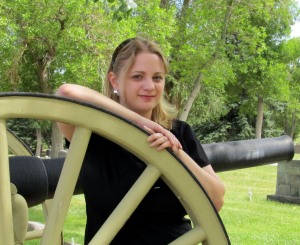 Johanna Wickman, President of Wickman Historical Consultants, has spent the past ten years managing and working in museums.  While a museum director in the Palm Springs area, Ms. Wickman increased her museum’s attendance from  approximately 650 guests for the month of January 2011, to over 2,900 visitors for the month of February 2011.  She researched, planned and designed numerous exhibits from the ground up–many of which were of topics not included in the museum’s collection. She organized the first Civil War re-enactment in the Coachella Valley from the ground up recruiting sponsors and working closely with city, county, police and fire officials with over 3,000 guests in attendance.

She was a founding board member of the Desert Cities Museum Association, Coachella Valley Emergency Preparedness Network for museums, and a featured panelist at the 2011 California Association of Museums conference.

Since founding Wickman Historical Consultants, Ms. Wickman has presented at the Wyoming State Historical Society Annual Meeting, University of Wyoming, Wyoming Geological Association, and was a panelist on “Pop Culture in the Classroom and Museums” at Denver Comic Con.

She edited and wrote an updated version of the history of Casper College for the Casper College Foundation, Spirit of the Thunderbird: 75th Anniversary Edition published in 2020. Her master’s thesis was published as Lost Forts of Casper in 2016 by The History Press. She is currently researching and writing a biography of Kansas Senator Preston B. Plumb.